ANDALUCIA – The latest Tweeted updates so far from INFOCA regarding the wild fires in Andalucia has been given this morning (Wednesday), July 27.

There have been so many fires during July thoughout the whole of Spain. Just over the last few days, there have also been a large number in the Andalucia area. Here we give you the morning update on the various fires in Andalucia as Tweeted by INFOCA at Tuesday July 27.

#IFAlmonte and #IFBonares in Huelva had quiet night in both fires. Then, at 09.00 am this morning, a technical meeting  was held to assess the work of the night. Subsequently, the fire was declared as stabilised at 9.15 am. Therefore, the firefighters are now working to get the fire fully under control. Level 1 risk has now been deactivated. However, E112Andalucia report that as work is still on-going, extreme precaution is necessary. Furthermore, all instructions by the officials must be followed to ensure your safety.

#IFEspiel, Córdoba fire which started on July 25 is now under control and the firefighters continue working towards extinguishing it.

#IFMijas fire is stabilised with a quiet night reported. Work was then being done to secure the perimeter and to bring the fire fully under control. It has just been reported the fire is now classed as controlled as they work to fully extinguish it.

#IFBenahavís was reported as controlled last night at 11.10 pm, and a calm night was also reported here. The firefighers are now working to extinguish the fire.

#IFAznalcázar in Seville has now been stabilised, with firefighters working to move it to the next stage in the process. Currently deployed on the ground are  34 Forest firefighters, 1 Operations Technician, 1 Environment Agent, the Seville Deputy Director, and 2 fire engines.

#IFSanRoque has a favourable evolution at the moment, and the firefighters continue to attempt to stabilise the blaze. However, it was a very difficult night, due to weather conditions, with westerly component winds in a terrain with complicated orography and abundant fuel. Furthermore, the work of the firefighters concentrated in the most critical areas, where 2 helicopters are now working. 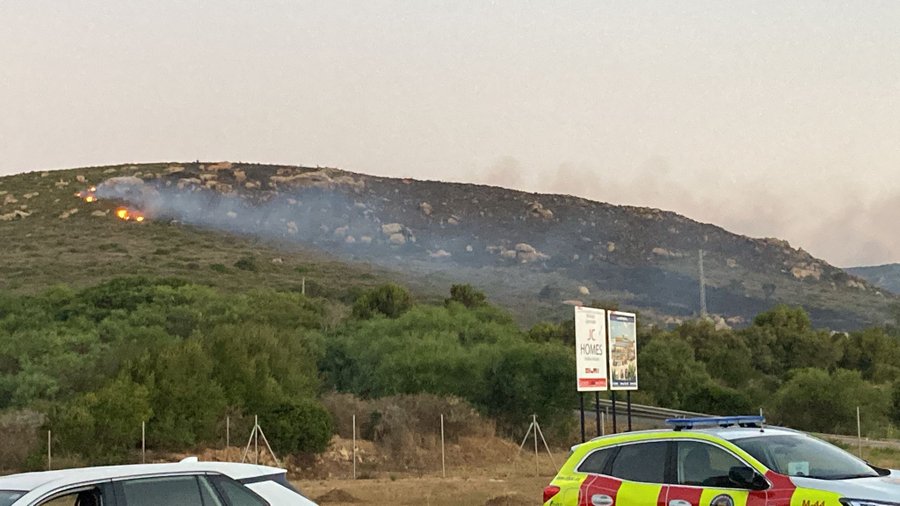 Airbnb has to remove more than 4,000 tourist apartments in Barcelona

Don’t feel like flying? Choose a car holiday to Spain!

One dead and 17 injured at festival Medusa...

What to do in case of a crossing...

Inflation in Spain in July highest in 40...

Saturday will be the hottest day of the...

Significant increase in mosquitoes that can transmit West...

This website uses cookies to improve your experience. We'll assume you're ok with this, but you can opt-out if you wish. Accept Read More