HRH Prince Philip – his funeral a moving and fitting tribute 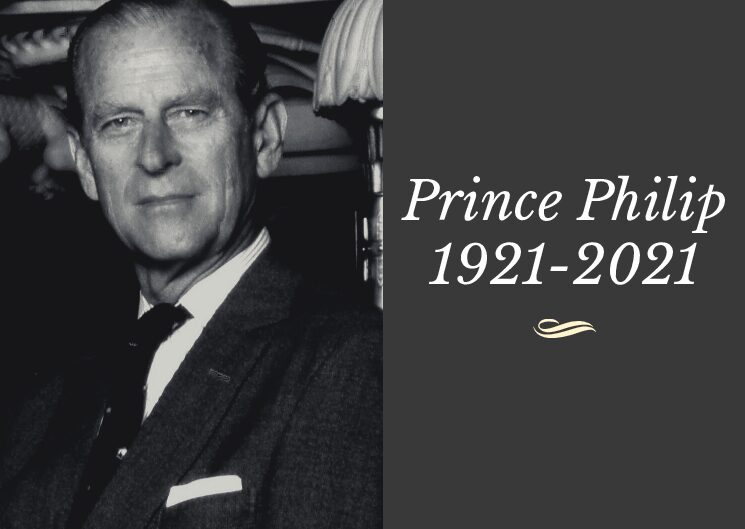 WINDSOR – The funeral of Prince Philip celebrated his “unwavering loyalty” to the Queen, service to the nation and “courage”.

More than 730 members of the armed forces took part in the event. Held at 3pm BST under a clear blue sky, it was a ceremonial rather than state funeral.  Prince Philip died last Friday, April 9th.

Prince Philip’s association with the Royal Navy was a focus of the ceremony held at St. George’s Chapel, Windsor.

In line with Covid regulations, only 30 guests attended the funeral.

The 30 guests included Her Majesty Queen Elizabeth II, who arrived in the State Bentley accompanied by a lady-in-waiting. Walking behind the coffin were the Queen’s and Prince Philip’s four children – Prince Charles, Princess Anne, Prince Andrew and Prince Edward.

Also in attendance were Philip’s other grandchildren: Princesses Beatrice and Eugenie, Lady Louise Windsor and James, Viscount Severn, and Zara Tindall. They were accompanied by their spouses where appropriate.

Ahead of the ceremony, Prince Phillipp of Hohenlohe-Langenburg said, “It really is an incredible honour and we are all extremely touched and privileged to be included on behalf of the wider family.”

The band of the Grenadier Guards led the procession to St George’s Chapel, followed by the Major General’s party and military chiefs of staff. These included the Chief of the Defence Staff General Sir Nicholas Carter, and First Sea Lord Admiral Tony Radakin.

Admiral Radakin paid tribute to the duke’s naval career before the funeral, saying “He was one of us.”

The members of the Royal Family in the procession followed, with the Queen at the rear in a car.

The service was beautiful in its simplicity with a focus on nature, which Prince Philip championed in life.

The Dean of Windsor conducted the service with the Archbishop of Canterbury pronouncing the blessing. The Dean paid tribute to the Duke’s “kindness, humour and humanity” and the “many ways in which his long life has been a blessing to us. […] “We have been inspired by his unwavering loyalty to our Queen, by his service to the nation and the Commonwealth, by his courage, fortitude and faith.”

There was no sermon in line with the Prince’s wishes.

The music included the 1860 hymn Eternal Father, Strong to Save, by William Whiting. The hymn refers to seafarers and the maritime armed services. The selection of music was the Prince’s own and reflected his joy of life and life of service.

A Prince, husband, father, grandfather, great-grandfather and uncle admired by many

On hearing the news of Prince Philip’s death, the Spanish King and Queen sent a personal telegram to the Queen.

We are deeply saddened to hear about the passing away of dear Uncle Philip. Filled with sorrow and sense of loss, we would like to send you our most heartfelt condolences on behalf of the government and people of Spain, and all our sympathy and support. We shall never forget the moments that we shared with him and the legacy of service and dedication to the crown and the United Kingdom by your side.

Our thoughts and prayers are with you and the whole family.

With all our love and affection,

Mike Tindall, husband of Prince Philip’s granddaughter Zara Tindall, paid tribute to the Duke of Edinburgh on Instagram. He described him as a “devoted family man who we will forever miss but always love”. The picture, taken by the Duchess of Cambridge, shows the Prince with his great-granddaughter Mia Tindall.

The Queen and Prince Philip. Photo by Countess of Wessex

The early June heatwave has meant the death...

The 25 Best Campsites in Spain

Sunglasses provide protection against the sun, or do...

NATO extends its protection to Ceuta and Melilla...

This website uses cookies to improve your experience. We'll assume you're ok with this, but you can opt-out if you wish. Accept Read More